Septoplasty is a surgical procedure to correct defects or deformities of the septum, the partition between the two nostrils. Commonly, the procedure is performed to correct a deviated septum. While a small deviation of the septum is commonplace, if the condition is severe, it may impede airflow through the nostrils. This may cause difficulty breathing and poor nasal drainage from the sinuses, both of which are problematic.

In adults, the nasal septum is composed of both cartilage and bone. The function of the nasal septum is to support the mucous membranes of the nose and to regulate air flow. Septoplasty is commonly performed to help relieve nasal obstruction and in some cases it may be a part of other surgical procedures including sinus surgery or nasal tumor or polyp removal. Septoplasty straightens the nasal septum by trimming, repositioning and replacing cartilage or bone within the nose.

Turbinate coblation, also known as ablation, is an effective treatment used to reduce the size of one or more of the small curved bones in the nose called turbinates. When one of these bones becomes enlarged, it may clog the nasal passages, resulting in several troublesome symptoms, including snoring, nasal congestion, facial pressure, sleep apnea and recurrent or chronic sinusitis.

Turbinate coblation is a painless, effective method of reducing the size of the affected turbinate and unclogging the nasal passages. While there are other ways to perform turbinate reduction, turbinate coblation is minimally invasive and is performed very quickly with almost no resulting downtime for the patient. There are two types of turbinate coblation, each named for the variety of energy used to vaporize the excess bone tissue: laser ablation and radiofrequency ablation.

Sinusitis is a common medical ailment occurring when the sinus cavities in the upper skull become inflamed and do not drain property. When the sinuses accumulate fluid and mucus due to allergy or upper respiratory illness, their passages become obstructed. Without proper drainage, the impacted material becomes a fertile area for viruses, bacteria, or occasionally fungi to grow and create infection.

There are many reasons for sinusitis to develop. Among them are frequent colds, allergies, nasal polyps and malformations of the area, such as a deviated septum. Smokers and those exposed to secondhand smoke are at greater risk for sinusitis. Sinus infections may be classified as acute, subacute, chronic or recurrent. Acute cases of sinusitis are normally treated with decongestants and antibiotics. If the condition becomes chronic or recurrent, surgery may be necessary.

There are four pairs of sinuses: maxillary, frontal, ethmoid and sphenoid, each named for its location in the skull. No matter which sinus is infected, the symptoms are similar. The symptoms of sinusitis may include headache or facial pressure or pain, nasal congestion, the presence of thick yellow or green mucus, fever, tooth pain and visual disturbance.

For acute or subacute sinusitis, the physician will usually prescribe decongestants, over-the-counter painkillers, saline or corticosteroid nasal spray. Where appropriate the doctor may prescribe antibiotics, antihistamines or antifungal medication. For chronic or recurrent sinusitis, sinus surgery or balloon sinus dilation is often the recommended treatment. Balloon sinus dilation is usually performed in office and is minimally invasive.

Nasal polyps are benign growths that develop within the lining of the nasal passages or sinuses. If large enough, these growths may block the passages and cause breathing difficulties, sinus infections or other complications. Nasal polyps can affect anyone, but they occur more frequently in adults. Medications may shrink or eliminate nasal polyps, but surgery is sometimes needed to remove them.

Nasal polyps are most common in adults, especially those that have asthma or allergies. The exact cause of nasal polyps is not known, however, they often develop in occurrence with respiratory and nasal disease such as sinusitis and allergic rhinitis or with immunodeficiency conditions. Children with cystic fibrosis are also at a higher risk of developing nasal polyps.

Turbinate reduction is a surgical procedure to reduce the size of one or more of the small curved bones in the nose, known as turbinates, in order to open clogged nasal passages and improve breathing. There are three pairs of turbinates in the nose, classified as inferior, middle and superior. Their function is to warm, filter and humidify air as it circulates through the nose and into the lungs. Since they serve as filters, the turbinates help to protect the body from irritants and stave off infection.

Turbinate reduction is performed when a patient’s turbinate is abnormally large, creating a nasal obstruction. The turbinates may swell in response to ear, nose and throat allergies or upper respiratory infections, resulting in a number of troubling symptoms. These symptoms may include:

If traditional treatments, such as nasal decongestants, antihistamines, allergy shots and antibiotics do not resolve these problems, surgical intervention is usually recommended.

Turbinate reduction is frequently performed in conjunction with corrective surgery for a deviated septum, known as a septectomy. Turbinate reduction may be performed using a few different surgical methods, depending on the patient’s overall medical condition and the nature of the problem.

During a turbinectomy, either part or all of the inferior turbinate is removed. This surgery may be performed with or without the assistance of an endoscope, a flexible illuminated tube inserted into the nose. A turbinectomy is performed under general anesthesia with the use of a microdebrider, an instrument combining a small rotary blade to shave the tissue and a suction device to clear it away.

During turbinoplasty, the affected bones may be repositioned within the nose, a technique called outfracture. Outfracture is usually performed with some shaving of excess tissue.

Radiofrequency and laser ablation both make use of an endoscope inserted into the patient’s nose. Depending on which method is used, the probe has either a source of laser light or one of radioenergy attached to it. The laser or radiofrequency energy will be used to shrink the turbinate to a healthier size. This procedure is the least invasive of the three and may be performed in the doctor’s office using local anesthesia. If the turbinate regenerates, this relatively simple procedure may be repeated at a later date.

It may take up to 2 months to heal completely after any of the turbinate reduction procedures.

Since turbinate reduction surgery is performed as an outpatient procedure, recovery is usually relatively short. There is no visible scarring since the surgeon operates through the nose, although there may be some minimal swelling or bruising which will disappear quickly. The patient may experience some facial pain which can be relieved with pain medication. The nose may feel clogged until the swelling goes down. Although the surgeon uses electrocautery to seal off the wound after surgery, nasal packing may be necessary to stem excessive bleeding. This packing, which the patient may find uncomfortable, is removed soon after the surgery.

There may be more than usual nasal secretion for a few weeks, possibly tinged with blood. Patients are advised to use a saline nasal spray to keep the area clear and well-irrigated. Most patients can resume a limited routine after about a week and experience a full recovery after a few weeks.

Follow-up visits with the doctor are necessary to make sure that the nasal cavities are kept clean and that healing is proceeding well. After turbinate reduction, patients are advised to avoid:

Once the swelling goes down and healing is complete the patient’s quality of life should be greatly improved. 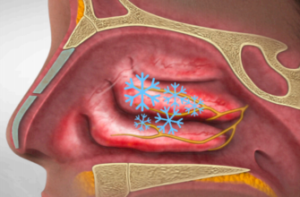 ClariFix® cryotherapy is the first and only FDA cleared device for adults with chronic rhinitis, a condition characterized by frequent runny nose and congestion.

If your nose is always runny, you may be one of the millions of people living with chronic rhinitis. For many patients, these symptoms may be caused by abnormal signals in the nose. The RhinAer® procedure is able to disrupt these signals and provide lasting relief without surgery (or incisions). The RhinAer® procedure is clinically demonstrated to improve symptoms in 96% of patients.1 Patients typically return to normal activity on the same day.

If you regularly experience difficulty breathing through your nose and nothing seems to help, you may have nasal obstruction. Until now, finding a long-term solution often meant surgery. Now, we may be able to offer you lasting relief without surgery (or incisions) by performing the VivAer® procedure to open your nasal airway.

A new, minimally-invasive option for nasal obstruction. The Relieva Tract™ technology enables your physician to create space in the nasal cavity. 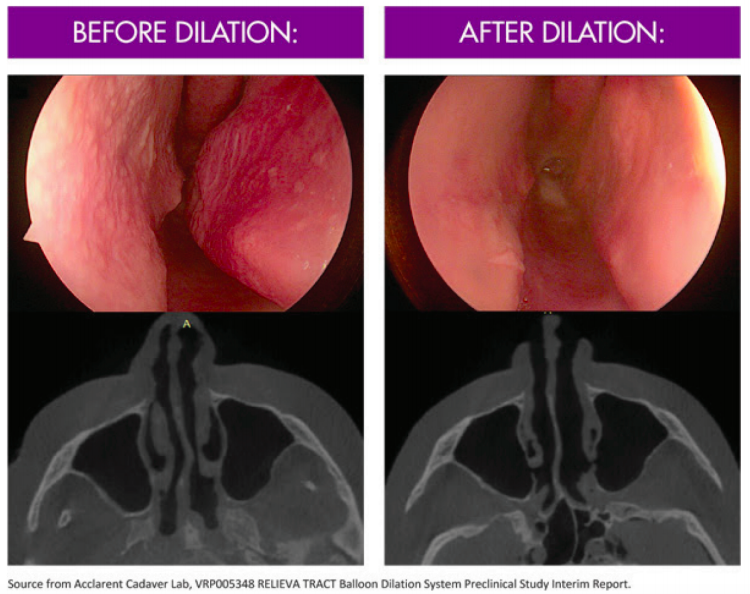 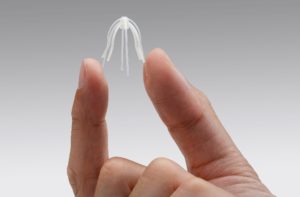 SINUVA™ is a sinus implant that treats nasal polyps without surgery. During a routine office visit, Dr. Name will use topical and/or local anesthesia to numb the patient’s nose and sinuses. SINUVA™ is then placed in the sinus cavity through the nasal opening.

On November 15, 2013, my life completely changed. That was the day I heard my own voice for the first time in over 40 years. (I have a lovely voice.) I can hear my keys rattling against one another. I can hear change when I shake my change purse. (Who knew change rattling together sounds like little pieces of metal hitting against one another?) I cried on November 15, 2013. I cried because I can hear. I cried thinking of all the sounds I've probably missed over the years. I cried in anticipation of all the sounds I'll be able to enjoy for the rest of my life. I am grateful (as is my family) for the gift of hearing. Thank you Dr. Escobar for introducing me to Phonak and the joy of hearing.